Here we document the scene in and around one of the motels during early short-term stays in the neighborhood, probably around late September or early October of 1972. Before that, a key official or two from my LA and DC offices and I would make some initial visits to establish contacts and discuss strategy, then a skeleton crew would do some preliminary survey work over a week or two (I think that would be the project phase, or shortly thereafter, in motion at the time of these photos), then we went back as soon as possible for a long-term stay, gradually building up the crew to full strength.

In this segment, we can see the motel and its friendly mascot, the first snow of the season, the omnipresent woods (the single main drag through town represented the only break in uninterrupted trees; you could find yourself in fairly dense forest only steps from what passed for the main street), and my engineer-colleague. Self-portraits, by the way, were a customary tool for lighting and location testing, and some of my friends back in L.A. demanded such evidence as well. 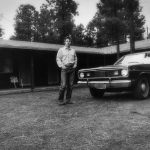 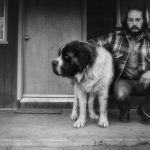 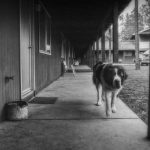 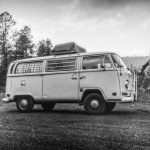 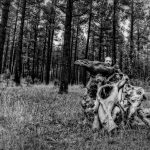 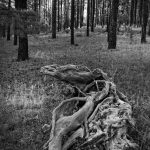 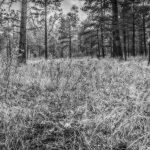 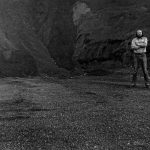 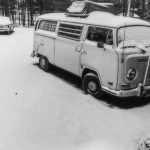 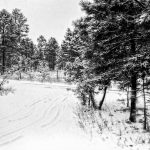 Didn’t take everybody who drove a car from L.A.  long to get winter tires and/or chains.  I didn’t acquire my Land Rover until after this job was completed, but my experience in the White Mountains did mark the beginning of my research and self-education into off-road/4WD matters.

And some self-portraits inside my modest motel room … 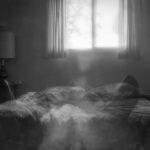 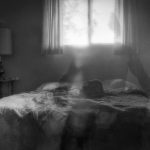