Doc Gingles was our family doctor for a period during my childhood. He was a rotund, jolly character with an exceptional bedside manner (he used to remind me of Burl Ives, for those old enough to recollect that folk singer; he reminded others of Santa Claus; my sister, if I recall, was terrified of him). The doctor and his sister (unlike her brother, she was a stern, humorless person) were wealthy property owners in the county.

Around 1950, my parents rented a sizeable farm from the Gingles sister in the river valley and surrounding hills across from the tiny town of Castana, Iowa. We lived there for a few years during an era of much significance — the summer of polio, the Korean War, the rise of Stalin’s brand of Communism, among others — all riveting to the mind of a youngster, pre-adolescent, pre-teen.

On a VW bus trip across the US in 1973 with two photographer friends, we made a side trip to revisit the scene. We found that the farm buildings had been long abandoned and were seriously deteriorated, fences had been removed, weeds and brush had overgrown the house yard and outbuildings. The house, I was to learn during my childhood when I discovered a history of Monona County in the local library, was the oldest frame house in the county. For awhile, I was afraid to climb the dark, narrow stairs to the third floor, but in time I came to have my own room there with cardboard cutouts of airplanes I designed and hung from the ceiling. My brother and I also discovered dozens of rolls of wallpaper stored in the attic which we retrieved and spread in six to ten foot lengths across the living room and hallway floors so that we could create our own large-scale comic strips. The long dining-living room had a large fireplace (seen at the extreme edge of one of the below photos), where we might sit to read about Greek and Roman gods in our encyclopedia volumes, and also accommodated the dining table on which we used to play ping-pong. In the same room sat a wood-cabinet floor model of radio/record player where I could hear The Lone Ranger and The Shadow and sometimes play my mother’s recordings of classical music, carefully avoiding the overtly religious material. Eventually a piano was added to the room.

The flat acreage between the buildings and the river was mostly given to crops of corn and alfalfa. In the hills beyond the house were more tillable fields and immediately over the crest west of the house was a large, densely timbered series of increasingly steep hills extending a couple of miles further and enclosing a deep, winding creek with the occasional meadow of butterflies, gooseberries, thickets, tall weeds and grass and make-believe Indian encampments. The Gingles farm came with a large and valuable herd of above-average and rather prized cattle (how many? 30? 50?), and my brother and I had to seek them out in this wooded area that served as their pasture and bring them in for milking every day. Running roughly parallel to the twisting creek was a dirt side road that reached deep into the woods and hills where the truly less prosperous “hill farmers” lived. I would ride my bicycle (after I learned to ride by circling the three-story farmhouse repeatedly) up the road as far as I dared — there was something mysterious and slightly frightening about the dark, tree-shrouded path ahead. And Landlady Gingles would drive her new Pontiac up that road in an attempt to sight and inspect the cattle, usually commanding me or my brother to ride along and answer questions she might have.

At the time of the 1973 trip, I was working mostly with my large format 4×5 view camera, one of those late 19th century/early 20th century wood-and-metal affairs with tripod, lens board on a flexible bellows and one-at-a-time sheet film holders. Those negatives I cannot now find, so far, anyway. But I also made a number of more conventional exposures with my then-modern 35mm camera, and I came upon those this week. What I show here depict the farmhouse and the upper and lower barnyard buildings (the latter were separated by the road that ran just feet from our front door). My memories are of the cows and calves in the upper barnyard, with the older hogs in the adjacent yards behind the barn and near the silo (missing by the time of my photographs were corn cribs and numerous smaller sheds and buildings), while the lower barn was a place for the birthing of litters of pigs and the nexus of two or three yards where younger pigs ran, as well as younger heifers and steers. The bull was at times housed in the lower barn, and once nearly broke through its walls. Chickens also figured in the mix, but I cannot recall exactly where they were situated — I had great contempt and even fear of those birds. I recall one winter during a snowstorm when I had to feed some animals in the lower barn but near white-out conditions made it very challenging to find my way across the road and back to the house.  Another striking memory was of our neighbor, who sang opera arias while driving his tractor, echoing across the valley — he had attended Julliard and his wife was my piano teacher.  I particularly remember hot summer nights when my father would sit with my visiting grandfather and uncles under the then-living and blooming front yard tree on the fenders and running boards of their cars and discuss the North Koreans and Joe McCarthy and Stalin and the price of farm commodities, while the women would remain indoors. Other times at night we could walk out to the cornfields and listen to the corn grow. Here goes: 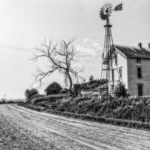 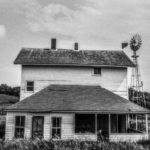 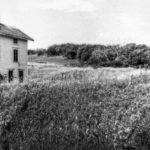 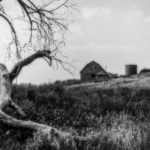 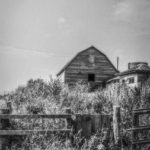 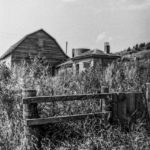 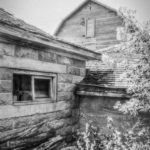 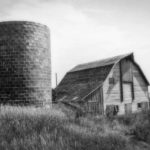 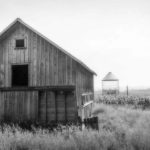 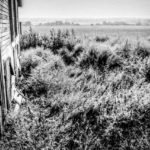 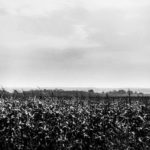 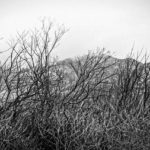 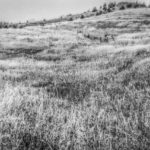 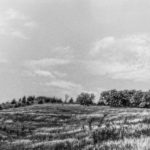 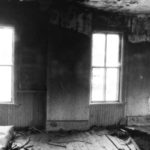 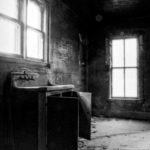 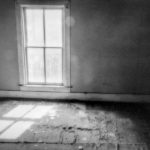 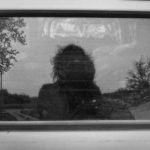 I suspect that some of my details may be slightly askew, and that my siblings could add to or modify some of this information. So I will try to update this post, if they submit input. By the way, when all siblings reconnected in 2010 for our mother’s funeral, we made a special trip to Castana and the Gingles farm, but this time found it almost completely devoid of all structures and any recognizable features, save the road itself.